The history of the theatre began in 1925 when Queen Marle of Romania made a visit to Kansas City. In honour of her arrival, the City Federation of Music organized a public showcase of local talent. The showcase drew an enormous audience and raised $7,000, and the City Federation of Music decided to put the proposal of a Kansas City outdoor theatre, toyed with prior to 1925, into action. Proposals continued for 15 years, after which the need for a venue to house celebrations commemorating Kansas City’s 100th birthday served to speed up the process. The location, Swope Park, was chosen, a committee was chosen, and construction began in December 1949.

Completion was a local effort. Volunteers from the community raised money and established theatre policy, local craftsmen helped to finis construction, and the Starlight Theatre was finished. The theatre then began to bring Broadway to the city, and continues to do so to this day. 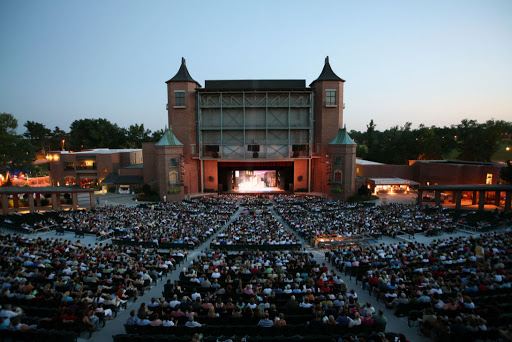